Egon Schiele and the Art of Popular Illustration 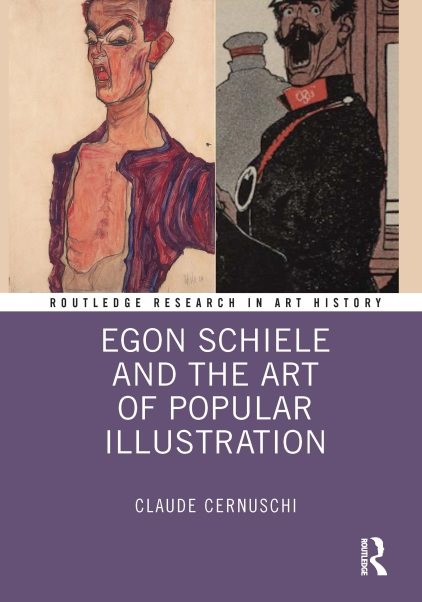 Presenting  a radically different picture of Egon Schiele’s work, this study  documents (in one-to-one comparisons) the extent of the artist’s visual  borrowings from the Viennese humoristic journal, Die Muskete.

Claude  Cernuschi analyzes each comparison on a case-by-case basis, primarily  because the interpretation of cartoons and caricatures is highly  contingent on their specific historical and cultural context. Although  this connection has gone unnoticed in the literature, in retrospect,  this correlation makes perfect sense. Not only was Schiele’s artistic  production frequently compared to caricature (and derided for being  “grotesque”), but Expressionism and caricature are natural allies. One  may belong to “high” art and the other to “popular” culture, yet both  presuppose similar assumptions and deploy a similar rhetorical position:  namely, that the exaggeration of human physiognomy allows deeper  psychological “truths” to emerge.

The book will be of interest to scholars working in art history, visual culture, popular culture, and politics.