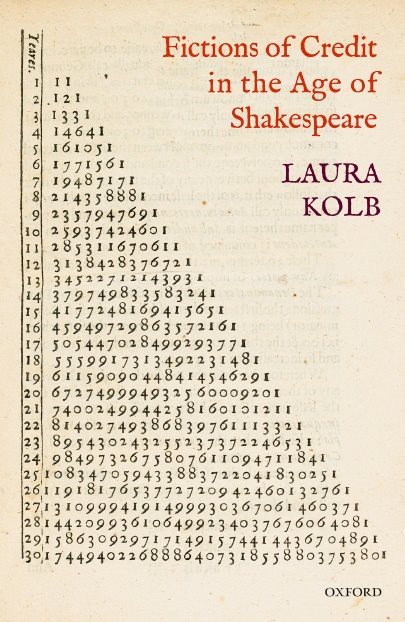 Fictions of Credit in the Age of Shakespeare

In Shakespeare's England, credit was synonymous with reputation, and reputation developed in the interplay of language, conduct, and social interpretation. As a consequence, artful language and social hermeneutics became practical, profitable skills. Since most people both used credit and extended it, the dual strategies of implication and inference--of producing and reading evidence--were everywhere. Like poetry or drama, credit was constructed: fashioned out of the interplay of artifice and interpretation. The rhetorical dimension of economic relations produced social fictions on a range of scales: from transitory performances facilitating local transactions to the long-term project of maintaining creditworthiness to the generalized social indeterminacy that arose from the interplay of performance and interpretation.

Fictions of Credit in the Age of Shakespeare examines how Shakespeare and his contemporaries represented credit-driven artifice and interpretation on the early modern stage. It also analyses a range of practical texts--including commercial arithmetics, letter-writing manuals, legal formularies, and tables of interest--which offered strategies for generating credit and managing debt. Looking at plays and practical texts together, Fictions of Credit argues that both types of writing constitute “equipment for living”: practical texts by offering concrete strategies for navigating England's culture of credit, and plays by exploring the limits of credit's dangers and possibilities. In their representations of a world re-written by debt relations, dramatic texts in particular articulate a phenomenology of economic life, telling us what it feels like to live in credit culture: to live, that is, inside a fiction.