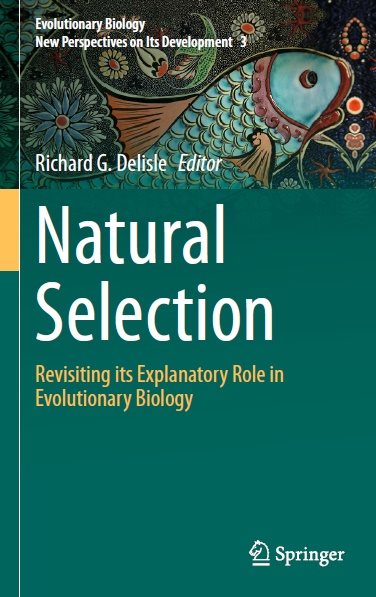 This book contests the general view that natural selection constitutes the explanatory core of evolutionary biology. It invites the reader to consider an alternative view which favors a more complete and multidimensional interpretation.

It is common to present the 1930-1960 period as characterized by the rise of the Modern Synthesis, an event structured around two main explanatory commitments: (1) Gradual evolution is explained by small genetic changes (variations) oriented by natural selection, a process leading to adaptation; (2) Evolutionary trends and speciational events are macroevolutionary phenomena that can be accounted for solely in terms of the extension of processes and mechanisms occurring at the previous microevolutionary level. On this view, natural selection holds a central explanatory role in evolutionary theory - one that presumably reaches back to Charles Darwin's Origin of Species - a view also accompanied by the belief that the field of evolutionary biology is organized around a profound divide: theories relying on strong selective factors and those appealing only to weak ones.

If one reads the new analyses presented in this volume by biologists, historians and philosophers, this divide seems to be collapsing at a rapid pace, opening an era dedicated to the search for a new paradigm for the development of evolutionary biology. Contrary to popular belief, scholars' position on natural selection is not in itself a significant discriminatory factor between most evolutionists. In fact, the intellectual space is quite limited, if not non-existent, between, on the one hand, "Darwinists", who play down the central role of natural selection in evolutionary explanations, and, on the other hand, "non-Darwinists", who use it in a list of other evolutionary mechanisms.

The "mechanism-centered" approach to evolutionary biology is too incomplete to fully make sense of its development. In this book the labels created under the traditional historiography - "Darwinian Revolution", "Eclipse of Darwinism", "Modern Synthesis", "Post-Synthetic Developments" - are thus re-evaluated.

This book will not only appeal to researchers working in evolutionary biology, but also to historians and philosophers."