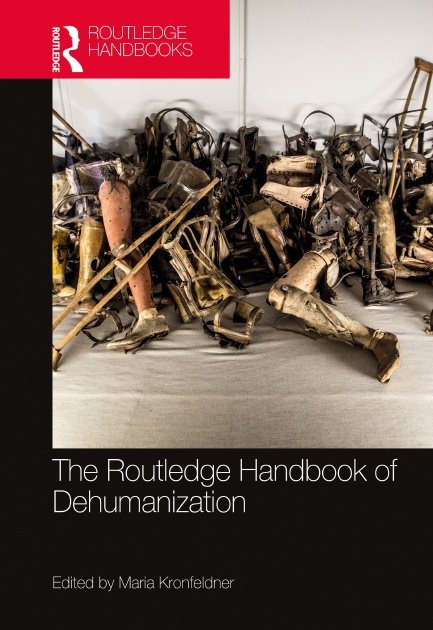 The Routledge Handbook of Dehumanization

A striking feature of atrocities, as seen in genocides, civil wars, or violence against certain racial and ethnic groups, is the attempt to dehumanize ― to deny and strip human beings of their humanity. Yet the very nature of dehumanization remains relatively poorly understood.

The Routledge Handbook of Dehumanization is the first comprehensive and multidisciplinary reference source on the subject and an outstanding survey of the key concepts, issues, and debates within dehumanization studies. Organized into four parts, the Handbook covers the following topics:

•The history of dehumanization from Greek Antiquity to the 20th century, contextualizing the oscillating boundaries, dimensions, and hierarchies of humanity in the history of the ‘West’;

•How dehumanization is contemporarily studied with respect to special contexts: as part of social psychology, as part of legal studies or literary studies, and how it connects to the idea of human rights, disability and eugenics, the question of animals, and the issue of moral standing;

•How to tackle its complex facets, with respect to the perpetrator’s and the target’s perspective, metadehumanization and selfdehumanization, rehumanization, social death, status and interdependence, as well as the fear we show toward robots that become too human for us;

•Conceptual and epistemological questions on how to distinguish different forms of dehumanization and neighboring phenomena, on why dehumanization appears so paradoxical, and on its connection to hatred, essentialism, and perception.

Essential reading for students and researchers in philosophy, history, psychology, and anthropology, this Handbook will also be of interest to those in related disciplines, such as politics, international relations, criminology, legal studies, literary studies, gender studies, disability studies, or race and ethnic studies, as well as readers from social work, political activism, and public policy.