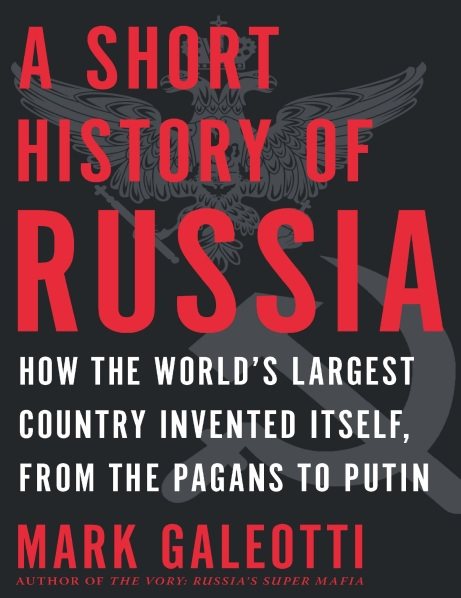 Terrific - and an amazing achievement to cover so much ground in such a short and wonderfully readable book. -Peter Frankopan, bestselling author of The Silk Roads

Russia’s epic and dramatic history told in an accessible, lively and short form, from Ivan the Terrible to Vladimir Putin via Catherine the Great, the Russian Revolution and the fall of the USSR.

Russia is a country with no natural borders, no single ethnic group, no true central identity. At the crossroads of Europe and Asia, it has been subject to invasion by outsiders, from Vikings to Mongols, from Napoleon’s French to Hitler’s Germans. In order to forge an identity, it has mythologized its past to unite its people and to signal strength to outsiders.

In A Short History of Russia, Mark Galeotti explores the history of this fascinating, glorious, desperate and exasperating country through two intertwined issues: the way successive influences from beyond its borders have shaped Russia, and the way Russians came to terms with this influence, writing and rewriting their past to understand their present and try to influence their future. In turn, this self-invented history has come to affect not just their constant nation-building project but also their relations with the world.