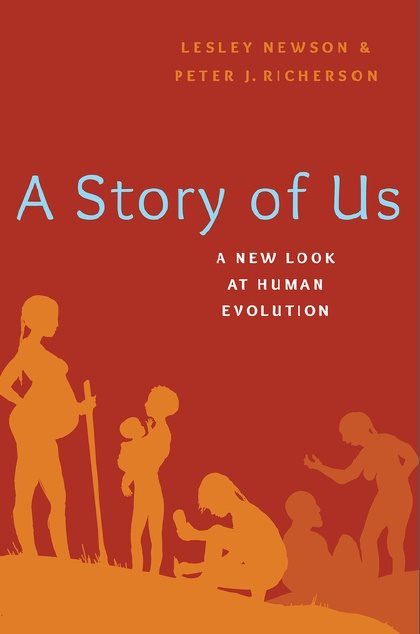 A Story of Us: A New Look at Human Evolution

It's time for a story of human evolution that goes beyond describing "ape-men" and talks about what women and children were doing.

In a few decades, a torrent of new evidence and ideas about human evolution has allowed scientists to piece together a more detailed understanding of what went on thousands and even millions of years ago. We now know much more about the problems our ancestors faced, the solutions they found, and the trade-offs they made. The drama of their experiences led to the humans we are today: an animal that relies on a complex culture. We are a species that can and does rapidly evolve cultural solutions as we face new problems, but the intricacies of our cultures mean that this often creates new challenges.

Our species' unique capacity for culture began to evolve millions of years ago, but it only really took off in the last few hundred thousand years. This capacity allowed our ancestors to survive and raise their difficult children during times of extreme climate chaos. Understanding how this has evolved can help us understand the cultural change and diversity that we experience today.

Lesley Newson and Peter Richerson, a husband-and-wife team based at the University of California, Davis, began their careers with training in biology. The two have spent years together and individually researching and collaborating with scholars from a wide range of disciplines to produce a deep history of humankind. In A Story of Us, they present this rich narrative and explain how the evolution of our genes relates to the evolution of our cultures. Newson and Richerson take readers through seven stages of human evolution, beginning seven million years ago with the apes that were the ancestors of humans and today's chimps and bonobos. The story ends in the present day and offers a glimpse into the future.