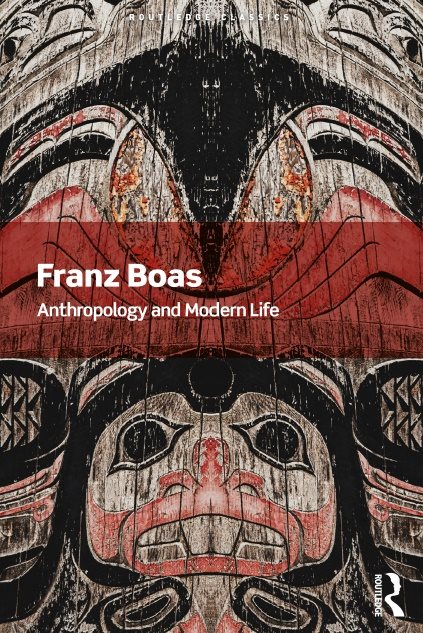 Franz Boas (1858–1942) is widely regarded as the founder of American anthropology. He influenced an astonishing variety of scholars and researchers, from the anthropologists Margaret Mead and Ruth Benedict, to the philosopher W. E. B. DuBois, and novelist Zora Neale Hurston. Towards the end of his life he also lectured widely in an attempt to educate the public on the dangers of Nazi ideology.

Anthropology and Modern Life demonstrates the incredibly rich and fertile range of Boas’s thought, engaging with controversies that resonate loudly today: the problem of race and racial types; heredity versus environment; the significance of intelligence tests; open versus closed societies; the ‘nature versus nurture debate’; and nationality and nationalism.

Believing passionately that science should be used to break down racial and cultural barriers, from the book's very opening Boas shatters the myth that anthropology is simply a collection of ‘curious facts about exotic peoples’. Thanks to Boas's influence, anthropologists and other social scientists began to see that differences among the races resulted not from physiological factors, but from historical events and circumstances, and that race itself was a cultural construct.

This Routledge Classics edition includes a new Foreword by Regna Darnell and an Introduction and Afterword by Herbert S. Lewis, who details Franz Boas's life, influence, and ideals.