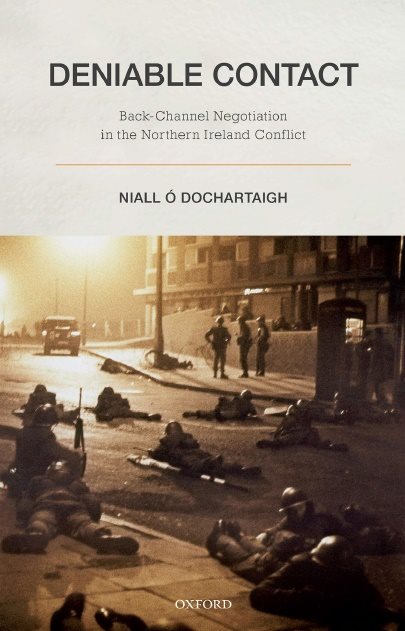 Deniable Contact provides the first full-length study of the secret negotiations and back-channels that were used in repeated efforts to end the Northern Ireland conflict. The analysis is founded on a rich store of historical evidence, including the private papers of key Irish Republican leaders, recently released papers from national archives in Dublin and London, and the papers of Brendan Duddy, the intermediary who acted as the primary contact between the IRA and the British government on several occasions over a span of two decades, including papers that have not yet been made publicly available. This documentary evidence, combined with original interviews with politicians, mediators, civil servants, and Republicans, allows a vivid picture to emerge of the complex maneuvering at this intersection. Deniable Contact offers a textured account that extends our understanding of the distinctive dynamics of negotiations conducted in secret and the conditions conducive to the negotiated settlement of conflict. It disrupts and challenges some conventional notions about the conflict in Northern Ireland, offering a fresh analysis of the political dynamics and the intra-party struggles that sustained violent conflict and delayed settlement for so long. It draws on theories of negotiation and mediation to understand why efforts to end the conflict through back-channel negotiations repeatedly failed before finally succeeding in the 1990s. It challenges the view that the conflict persisted because of irreconcilable political ideologies and argues that the parties to conflict were much more open to compromise than the often-intransigent public rhetoric suggested.