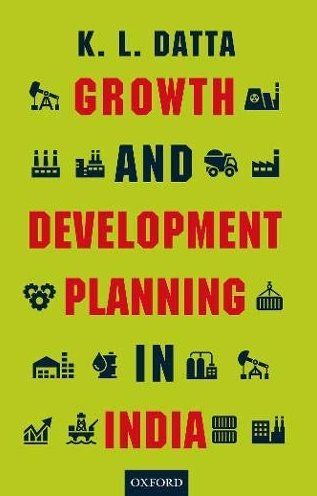 Growth and Development Planning in India

The debate around growth has been an important feature of economic planning in India since Independence. This book deals with the wide range of issues related to the country's growth and development between 1951 and 2011, covering the 11 Five Year Plans formulated and implemented during this period, as well as in the decade after that.

The author traces the changing nature of planning over time-from rigid state control on economic activities, to reliance on market-based planning in the time of economic reforms. He has dealt with the transition from growth measures in the 1970s, to the use of a mix of growth and redistribution in the 1980s, and the economic reforms and liberalization measures from 1991 onwards, and the inclusive growth we have seen in the twenty-first century.

The central theme of the book is to analyse the role that planning played in maximizing the rate of economic growth and in improving the living standards of the people. Considering India's rapidly changing socio-economic environment, many of the issues around growth and development are contentious.

The author discusses them here with academic rigour and an insider's insight, thus enabling a fair assessment.