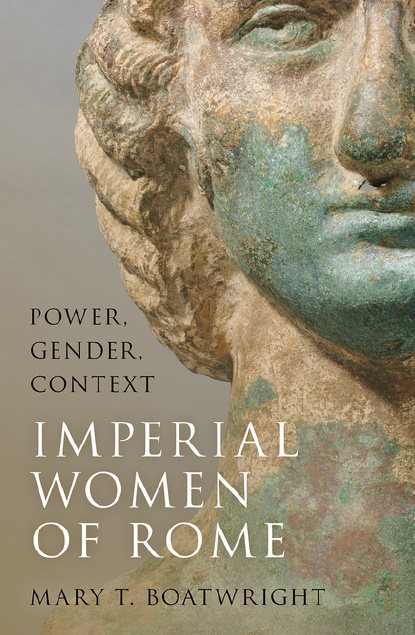 The Imperial Women of Rome explores the constraints and activities of the women who were part of Rome's imperial families from 35 BCE to 235 CE, the Roman principate. Boatwright uses coins, inscriptions, papyri, material culture, and archaeology, as well as the more familiar but biased ancient authors, to depict change and continuity in imperial women's pursuits and representations over time. Focused vignettes open each thematic chapter, emphasizing imperial women as individuals and their central yet marginalized position in the principate. Evaluating historical contingency and personal agency, the book assesses its subjects in relation to distinct Roman structures rather than as a series of biographies. Rome's imperial women allow us to probe the meanings of the emperor's authority and power; Roman law; the Roman family; Roman religion and imperial cult; imperial presence in the city of Rome; statues and exemplarity; and the military and communications. The book is richly illustrated and offers detailed information in tables and appendices, including one for the life events of the imperial women discussed in the text. Considered over time and as a whole, Livia, the Agrippinas and Faustinas, Julia Domna, and others closely connected to Rome's emperors enrich our understanding of Roman history and offer glimpses of fascinating and demanding lives.