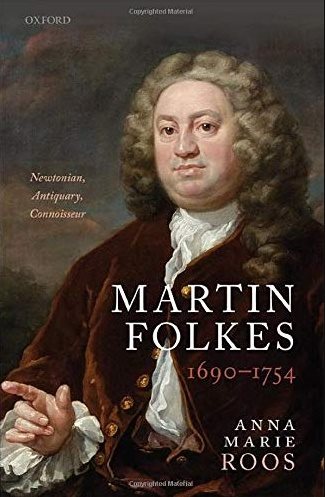 Martin Folkes (1690-1754): Newtonian, Antiquary, Connoisseur is a cultural and intellectual biography of the only President of both the Royal Society and the Society of Antiquaries. Sir Isaac Newton's protégé, astronomer, mathematician, freemason, art connoisseur, Voltaire's friend and Hogarth's patron, his was an intellectually vibrant world. Folkes was possibly the best-connected natural philosopher and antiquary of his age, an epitome of Enlightenment sociability, and yet he was a surprisingly neglected figure, the long shadow of Newton eclipsing his brilliant disciple.

A complex figure, Folkes edited Newton's posthumous works in biblical chronology, yet was a religious skeptic and one of the first members of the gentry to marry an actress. His interests were multidisciplinary, from his authorship of the first complete history of the English coinage, to works concerning ancient architecture, statistical probability, and astronomy. Rich archival material, including Folkes's travel diary, correspondence, and his library and art collections permit reconstruction through Folkes's eyes of what it was like to be a collector and patron, a Masonic freethinker, and antiquarian and virtuoso in the days before 'science' became sub-specialised. Folkes's virtuosic sensibility and possible role in the unification of the Society of Antiquaries and the Royal Society tells against the historiographical assumption that this was the age in which the 'two cultures' of the humanities and sciences split apart, never to be reunited. In Georgian England, antiquarianism and 'science' were considered largely part of the same endeavour.